Some unexpected situation during an oil filter’s process might happen, and you might be curious about which type of filter failure should you be most caring about: channeling, plugging cracks fatigue, or media migration?

Each of these types of failures has different failure mechanisms and detection methods. Although they are all unexpected, they can be prevented or detected through some simple system analysis.

Types of Oil Filters Failures and Solutions to it

Channeling, also famous as media pore erosion, is where the filter fabric or screen is bombarded by high-speed abrasive particles such as sand or wear metal. These particles slowly erode the filter material or stay in the filter pores and force themselves to pass, irreversibly expanding the pores. This can usually be prevented by inspecting and maintaining the gaskets and seals of the system. By observing the rising trend of the number of large particles in the particle counting test, faults can be identified in the analysis report.

When the oil is circulated in the system for a long time without replacement or other frequent inspections, filter clogging will occur. The filter has been consumed or covered with carbon mud or other malfunctioning products (such as varnish). Oil analysis may not show preventive measures and trends of such failures, but the system will increase the flow due to the increase in filter difference, and it will almost stop.

Fatigue cracking, also known as media matrix deformation, is where the filter is distorted due to operating stress (such as severe cyclic changes in pressure and flow). Certain forms of woven filter media can be reinforced with simple metal screens. In other cases, the filter may need to be moved inside the system, and may even enter the renal loop circulation line "offline" to keep the filter away from higher pressures. This failure mode will restrict the flow of oil through the filter and force it to bypass the filter, resulting in an upward trend in the total particle count in the analysis report.

Media migration or media matrix rupture is similar to fatigue cracks, but high pressure/flow transients do not deform the filter and bypass it, but instead partially destroy the filter and rupture the material from the filter structure. In addition to the normal pollutants that are not captured by the filter, new pollutants circulate in the system in the form of failed filter devices. In addition, any content previously captured by the filter is now at risk of being republished. Fracture problems will only increase in the presence of abrasives (such as sand or worn metals). The fault can be identified by the oil system showing that the pressure drop of the filter is very low or there is no pressure drop, and the oil analysis shows that the total number of particles has increased.

Media migration is the worst type of filter failure, as it essentially is the other three modes happening simultaneously. It can be the most difficult to immediately detect, and the introduction of large, broken filter pieces into the system can cause catastrophic damage to downstream components. You can prevent this failure mode by conducting daily visual inspections of the system, observing pressure and flow behavior, properly analyzing oil samples, and performing routine maintenance activities like inspecting and changing the oil and installed filters.

To protect your Oil Filter better, consult with Yuneng one of the most professional filtration servers. 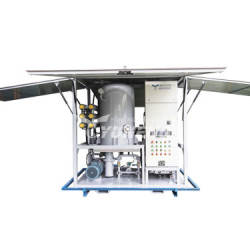 How to Save Cost Through an Oil Filter 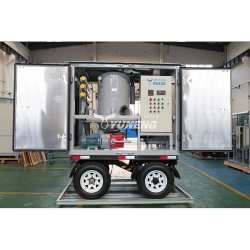 Why Choose a Transformer Oil Purifier?